At the beginning of 2013 then again in 2015 I led a series of interviews with academics in Sport Management. My aim was to understand how they use Twitter in their research and teaching activities (click here to find the interviews). Now I'm going global. Rodney Fort is a famous sports economist at the University of Michigan. He wrote books like Sports Economics and Hard Ball (with James Quirk) as well as numerous articles in the Journal of Sports Economics among others. Rodney has opened his Twitter account 4 years ago now. Why and how? I asked him.

Rodney, you have been on twitter since February 2013. Do you remember how it started? What was your goal at that time?


I had no intention of ever using social media. I had tried FaceBook for a while and it did nothing for me. Then I was made aware of a group of people on Twitter that thought I should be there. You know who they are. So I gave it a try. I had no goals at the time because I had no idea what Twitter was all about, really. It was just a lark.


You have generated more than 23 400 tweets (16 tweets per day on average) and you’re followed by 2386 followers. What kind of user are you? I mean, what do your prefer? Sharing content ? Interacting? Getting information? Retweeting …


The first thing I discovered about Twitter, and the reason I still love it, is information gathering. While I use Feedly to collect from favorite websites, Twitter gets me the news faster than any other medium. If that's all it did, that would be enough. Most of my activity is Retweeting. If I find it thought provoking, I Retweet (sometimes, things I disagree with strongly, but I just Retweet). And if I agree with it, I "Like" it too. When I have a question, or wish to contribute something then I will interact. To get it started, "Quote Tweet". Then it's reply back and forth if anything gets generated. Now, on to followers. I follow somebody only because I think they will provide something interesting. I am not a "brand builder" who follows everybody and hopes that they will follow so that I get thousands of followers. That's for celebrities (and at least as far as I know, the value is non-quantifiable anyway). For me, it's about a community of interaction. I find that I really don't have time to follow more than a hundred or so. So I'm picky.

Did Twitter help you to enlarge your network in the academic field? You’re pretty famous  in the sports economic area, so would you say that twitter can help to be better known on a global scale?


Nice of you to say. Yes, I did find some networking, especially with lawyers and policy-oriented people on Twitter. And I'm followed by some people I admire and respect, so it has probably enlarged my recognition.

Rodney can give you advices !

.@bhelleu Voodoo Donuts. Any concert at the Aladdin. Tacos at Por Que No. (Just for starters.)
— Rodney Fort (@RodneyFort) 15 août 2016


Most of their interaction ends up to be personal, so I don't follow students. A very few current students follow me; for the most part they follow me, in very small numbers, after they are done with their studies. In class, I let them know that I am "@RodneyFort" a few times, and I discuss what I might have seen on Twitter occasionally, but that's about it. I know that other SM Profs use Twitter to engage outside participation by notables, and I have done that a few times upon request. But I don't do it in my classes.

Do you recognize some benefits you were not aware of as you had just started?


I'm surprised at the usefulness of Twitter. I thought it would be a glorified, and terse 140 approach to FaceBook. But it is quite different than that. I'm surprised I'm still at it!

After almost 4 years on Twitter, would you say it has radically changed the way you work?


No. But I do have to be careful to limit my Twitter time.


You follow 107 accounts. Which ones do you prefer? Which ones could you recommend?


A very few are family. So those aren't interesting to anybody but me. And a bunch are news/information accounts; everybody has their own preference on those. In sports, I recommend (in no particular order) @TedTatos (Ted Tatos) @WV_ECON_BH (Brad Humphreys) @sross52055 (Stephen Ross) @PhilBirnbaum (Phil Birnbaum) @JAJensenPhD (Jonathan A. Jensen) @NoceraNYT (Joe Nocera) @ByBerkowitz (Steve Berkowitz) @fieldofschemes (Neil DeMause) @patrick_hruby (Patrick Hrubt) @andyhre (Andy Schwarz) @BMMillsy (Brian Mills) @sszy  (Stefan Szymanski) @BizballMaury(Maury Brown).

Finally, are you involved on other social media with an academic purpose?


No. Go to professional meetings. That's where all of that happens. 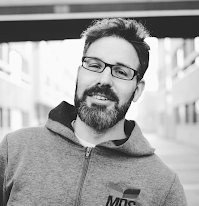